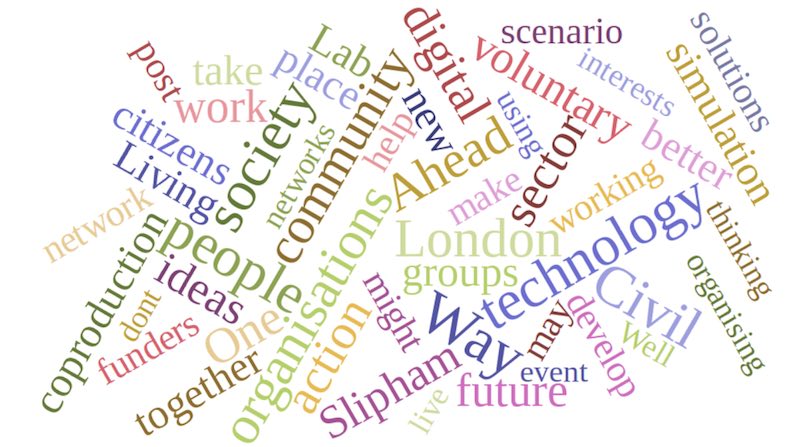 The organisations that fund London's community groups and charities, and support volunteers, are exploring how best to make the capital a better place to live and work at a time of big funding cuts and population growth.

Here's how you can contribute ideas, in a modest way, on the role of technology and network thinking in enabling citizens to play a part - something so far missing from future plans. Read on for some background and our ideas for a Living Lab …

In summary: we are going to develop the fictional London borough of Slipham, showing the relationships between citizens and organisations. 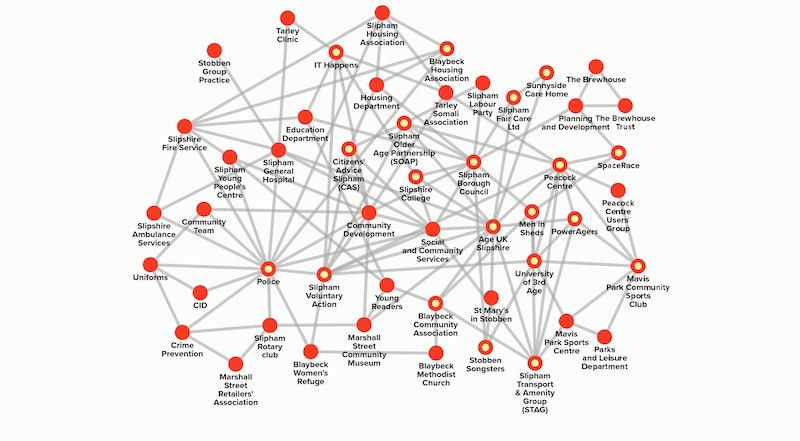 Then we'll play through how a mix of new approaches can help them create a better life in the digital age. It will build on a workshop we ran with the Centre for Ageing Better 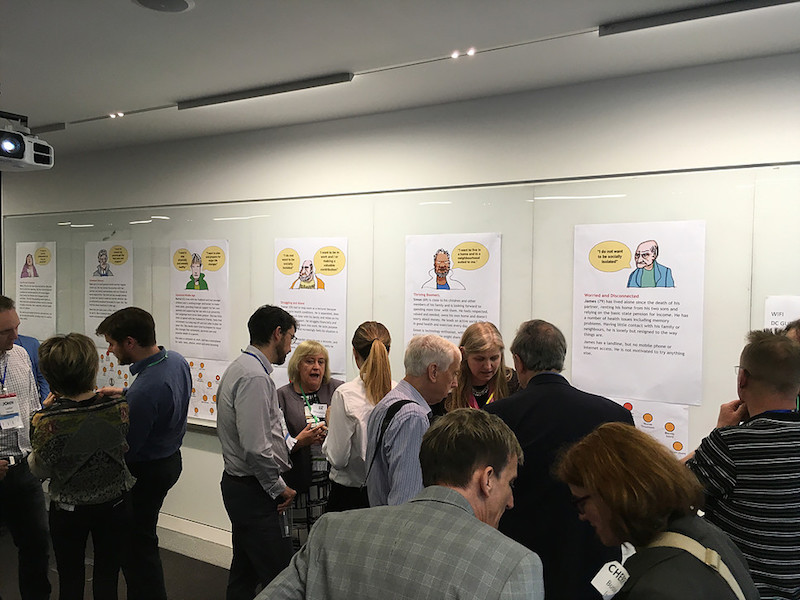 The Way Ahead - Civil Society at the Heart of London - a report from a partnership of London Funders, London Voluntary Service Council and Greater London Volunteering - emphasises that Londoners and their communities should be at the heart of any future plans, through processes of co-production:

Co-production is where Londoners work with those in power, and each other, in a way in which all voices are heard equally in developing a shared understanding of need and in crafting solutions to make London a better place.

But as I reported here the funders and other organisations face a challenge in explaining civil society, and moving from high-level ideas towards practical ways of putting co-production into practice. In order to work, co-production has to engage citizens, businesses and public bodies as well as community and voluntary organisations.

One further issue is that there was no significant mention of the role of digital technology in The Way Ahead. That's now recognised, and there is a group working on data sharing. In addition, as I wrote here, Drew Mackie and I are working with one of the partners, the London Voluntary Service Council, to explore how people can use new methods for social action.

This could range from people using their smartphones to connect with friends, family and other interests - and groups and organisations - to campaigning and organising, and to the sort of innovations listed by NESTA and the Nominet Trust.

Digital technology, and the networks it enables, are important to the civil society organisations themselves. It may put them out of business - as has happened in so many other areas. As one group, the Community Sector Coalition wrote recently in a position paper:

The Voluntary & Community Sector as a collection of national bodies is over. Ministers and policy ‘think tanks’ have largely concluded that they can do without it, that social action can be generated through other means. We are proposing to embrace that shift towards **independent** action: increasingly a new generation is using digital technology, demanding and influencing change and which takes place increasingly outside of the voluntary sector and formal coalitions.

Clusters and groupings can mobilise almost instantaneously to take collective action. In such a world we don’t need a sector, an organisation or even an alliance of organisations to move forward: we only require, the spaces, platforms, networks and technology to mobilise and take action.

There is an issue about the infrastructure to support this new direction. But the agenda cannot come from Government - it has to be a critical and reflective eco-system, created by us all acting together with a shared and emergent vision. This is something we have to do for ourselves and our suggestion is to focus on building networks, alliances and active critical spaces. We propose we do this together in a non- hierarchical way. We can co-ordinate our own organising by working together, neither above nor below one another.*

This provocative scenario may overstate the ability of people to self-organise - but it’s interesting that it comes from people rooted in the community sector - not technology futurists.

It seems to me there are three challenges for The Way Ahead: explaining the idea of “civil society” to those outside the community and voluntary sector, and engaging them in change; bringing technology and network thinking into the mix; and demonstrating how people might “co-produce” creative solutions locally in future.

One way to do that would be to develop a local demonstration in a London borough. But that would take years to organise - and The Way Ahead will be reaching conclusions in a few months.

So instead we are develop a simulation, which we call a Living Lab. We have created the basis for the fictional London Borough of Slipham, with characters, organisations, and a map of relationships. We are assembling a menu of ideas for making Slipham a great place to live and work - if the various interests will cooperate and collaborate to co-produce some solutions.

You can see here how we ran a Living Lab workshop in May with the Centre for Ageing Better to play through ways to help older citizens connect with services and opportunities in Slipham.

On January 10 we are inviting anyone interested to join us in planning how we can further develop and run the simulation, with several aims.

We have organised an event on the evening of January 10 at Newspeak House, designed to brief people interested in social tech for good on our plans. We'll explain the simulation, and invite some ideas on how it might work.

Here's one scenario we might look at - connecting older people, those with disabilities, and others with special needs and interests with new opportunities.

We’ll also be experimenting with an online version of Slipham, with a network map, and presence for groups created with the interests.me system. We hope to work with the five theme groups working on The Way Ahead. I’ve already been to three, and terrific ideas are developing.

What's in it for anyone who gets involved with the simulation? One idea we are considering is setting up a coop to develop Slipham, so that we can bid to sponsors and funders on two fronts: to enhance the simulation, and also to back “for real” innovation we may have for using digital technology and network thinking in civil society.

How will it turn out? We don't know. That's the challenge and excitement of co-production.

** The Way Ahead report offers this definition of civil society:

Civil society is where people take action to improve their own lives or the lives of others and act where government or the private sector don’t. Civil society is driven by the values of fairness and equality, and enables people to feel valued and to belong. It includes formal organisations such as voluntary and community organisations, informal groups of people who join together for a common purpose and individuals who take action to make their community a better place to live.

Globalnet21 and London Futurists are organising a very relevant event on Ethics and the Digital Age on January 11 2017.